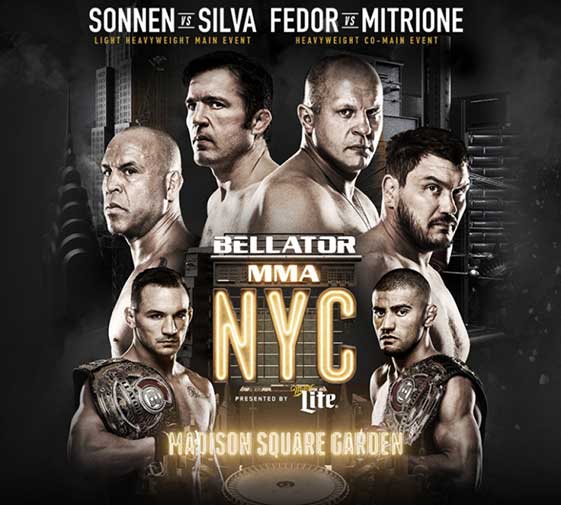 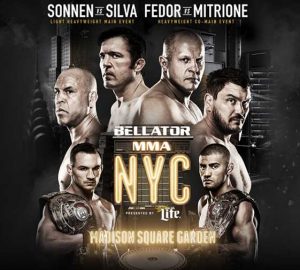 Bellator 180 starts at 5pm PST on Spike TV with the Pay Per View card starting at 7pm PST. If you’re a cable or satellite customer you can watch the prelims on Spike TV or download and login to the Spike app. For those without cable or satellite, or those looking to watch and stream the pay-per-view card for free, follow our simple steps below to install and configure Kodi.

Bellator has stepped up it’s game lately and has signed some pretty big names to it’s promotion. Chael Sonnen and Wanderlei Silva headline Bellator 180 in what is turning out to be a pretty big rivalry, especially after the shoving that occurred at the Bellator 180 press conference 2 days ago. Former UFC stars, Phil Davis and Ryan Bader, face off for the light heavyweight title, This is Ryan Bader’s first shot at a title, which never happened under the UFC banner.

Other title fights taking place are Lorenz Larking vs Douglas Lima for the welterweight strap, and Michael Chandler vs Brent Primus for the lightweight crown. Despite the 3 title fights and the main event bout with Sonnen and Silva, the biggest audience draw of the night are none these. Serious MMA fans of the K-1 & Pride era are reeling at the heavyweight clash between Fedor Emelianenko and Matt Mitrione. These guys are both beasts and are sure to be throwing hammers for a clash of the titans.

Laws are changing fast right now and the future of Kodi and it’s powerful add-ons are in question. Taking notice of how torrent sites have been treated lately by the FBI, it’s certain some of them will get taken down. Others will continue to survive, like Piratebay has. However, it’s now legal for ISP’s to sell or give away private information about your internet usage, including law enforcement investigating the use of pirated material and copyright infringement.

Avoid any future hassles and also reap the benefits that a VPN offers. VPN servers like IPVanish make you completely anonymous online. Your ISP won’t have any record of your internet usage because you’re using a secure private network. Most of the major ISP’s are notorious for throttling your internet speeds when there is torrenting and streaming occurring. IPVanish services prevent your ISP from being able to do it. You’ll also eliminate most buffering issues and you can access content from other countries through services like Netflix.

How to Install Kodi to Watch Free Streams of Bellator 180

Installing Kodi to your Mac, PC, Amazon Fire TV or  Firestick, doesn’t require jailbreaking or hacking. These installations can be done within a couple of minutes. Configuring Kodi with the video add-ons will take another few minutes. Follow our easy step-by-step, Kodi installation guides for Apple TV, Amazon FireTV and Firestick, Mac OS, Windows PC, and Amazon Fire Tablet.

Once you have Kodi installed you’ll need to configure it with the video add-ons for streaming Bellator 180. SuperRepo is the most popular, and one of the remaining large video add-on repositories after the tvaddons repo Fusion got taken down recently. Follow this simple guide for adding the streaming plugins needed. Make sure to add SportsDevil Launcher, UK Turk Playlists and Made In Canada (MIC), These are the most likely to have a good reliable stream.

Finding the best streams of Bellator and UFC fights isn’t an exact science. Remember, this is free, so sometimes it takes a little work to figure out where the good links are.

Come back on fight night for exact directions to the highest quality, most reliable streams for Bellator 180. 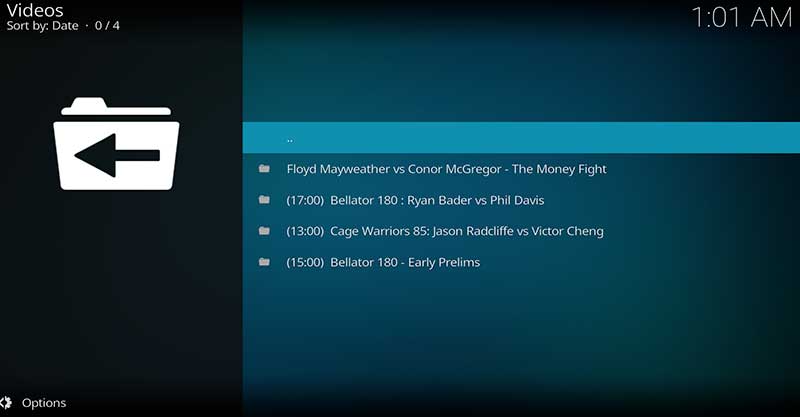