How To Stream 2020 NCAA March Madness on KODI 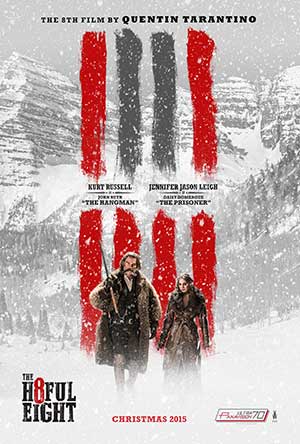 Tarantino’s new movie The Hateful Eight (H8ful Eight) hasn’t even hit the mainstream theaters yet, but you can watch Hateful Eight online movie for free with Kodi and 1Channel. It’s award season folks, which means one thing, DVD Screeners! Movie studios are in full swing to lobby for the upcoming awards such as Golden Globes and Academy Awards. They send out DVD Screeners to voters, and it’s inevitable that they get leaked online and find their way into our living rooms, well before they’re out of the theaters.

This isn’t some crappy camcorder that someone snuck into the theatre and recorded half the audience along with the movie. This is a straight DVD rip of the screeners sent out by The Weinstein Group. This is Quentin Tarantino’s eighth film and it kicks ass. Samuel L. Jackson and Kurt Russel are bounty hunters who cross each others paths and turns into a bloody massacre full of overwritten dialogue…classic Tarantino.

How Do I Stream Hateful Eight Free on Kodi?

To watch The Hateful Eight, the first thing you’ll need to do is install Kodi onto one of your media devices. You can install Kodi on your PC’s, Macs, iPads, AppleTV’s, Amazon FireTV’s, Fire Sticks, Android Tablets and more. Follow one of our step-by-step articles to download and install jodi properly on your chosen your device:

How To Install Kodi To Your Mac or PC

How To Install Kodi To Your Apple TV’s

Where Do I Find a Link To Watch The Hateful Eight for Free?

Now that you have Kodi installed on your media device, you need to install an Add-On to allow for streaming movies and television. The best place to get these Add-Ons is in a repository called SuperRepo. Don’t worry if you have no idea what we’re talking about, we have another step-by-step article that will show you exactly how to install SuperRepo so you can get add-ons like 1Channel and Genesis. Follow our article here:

How To Add SuperRepo To Kodi

Once you’ve installed Superrepo and have gotten Add-Ons like 1Channel and genesis activated, it’s time to find out where you can get the links to watch The Hateful Eight. Go to Videos > Add-Ons > 1Channel and select Movies. 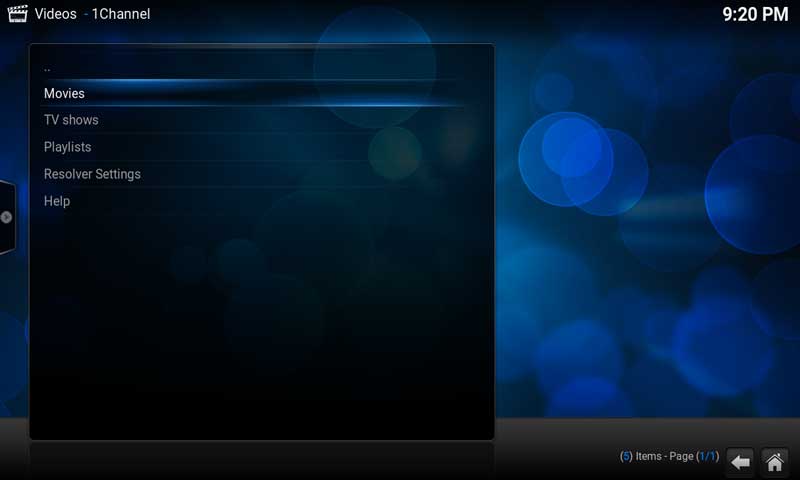 On the next screen select Featured and wait a moment while 1Channel gathers all of the movies: 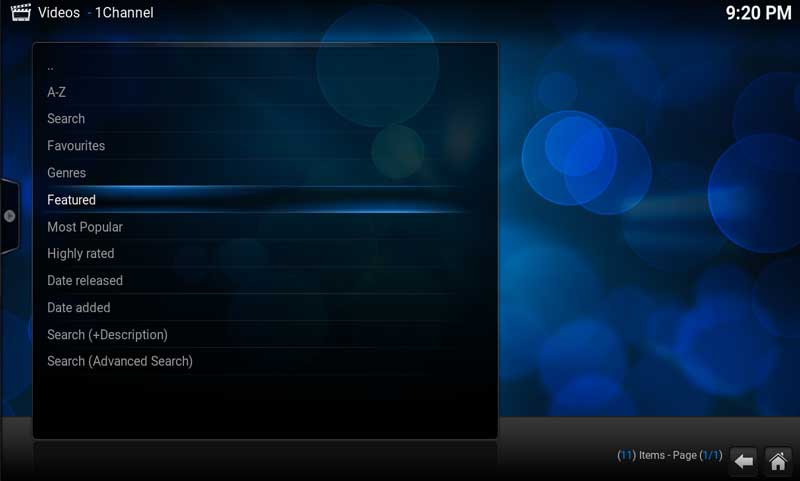 Once the movies have loaded up, scroll down a little until you Hateful Eight and select it. 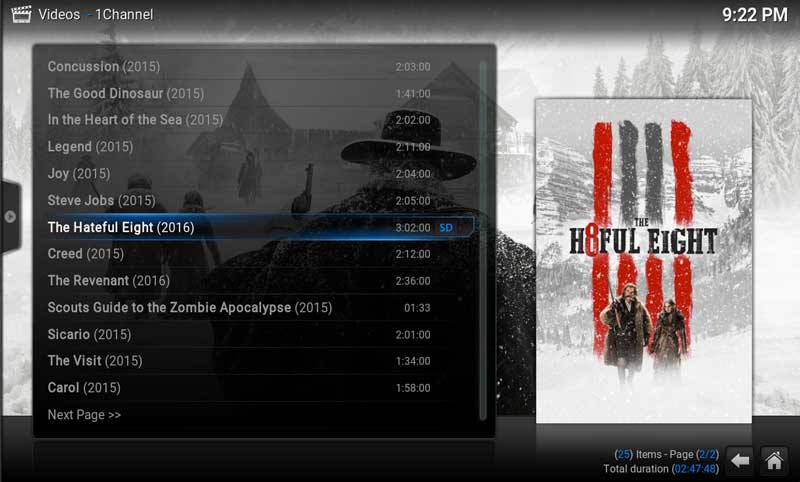 From here you’ll be given a list of links to choose from to watch the movie, you may need to try a couple until you find one with a good solid stream and no buffering issues. It’s easier than it sounds. Usually the first couple work perfectly. Now sit back and enjoy your Tarantino film, The Hateful Eight. 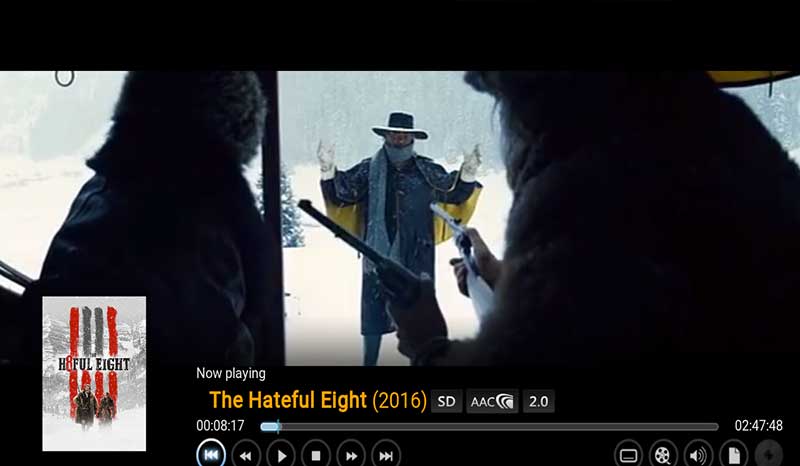 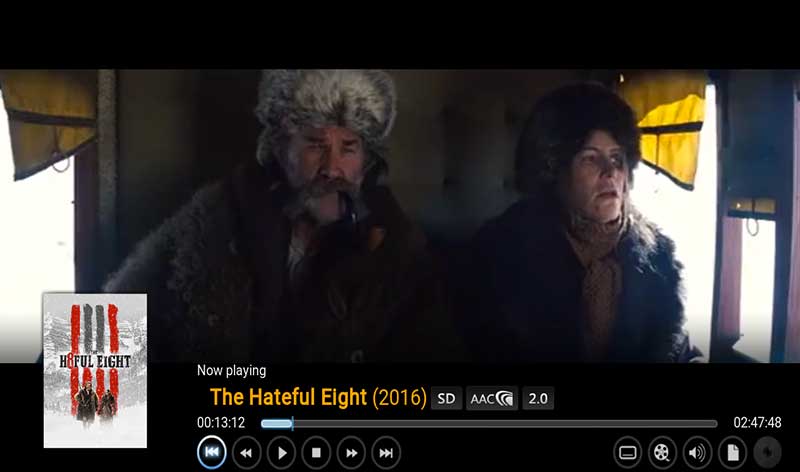 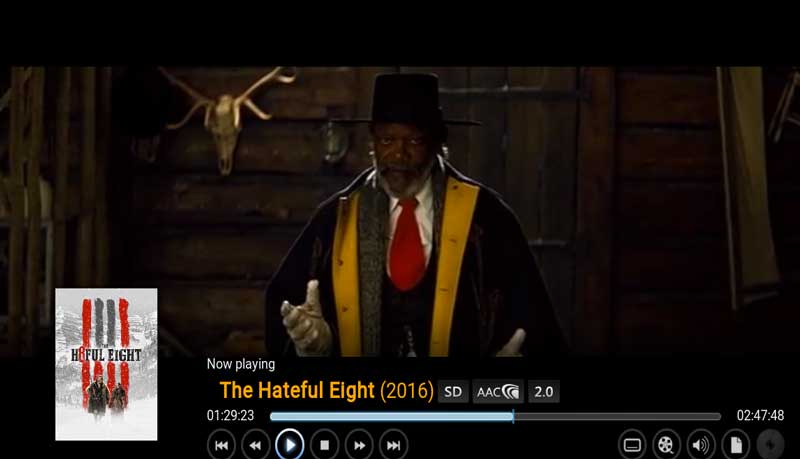 Here’s Everything You Need For Free Movies and TV:

This site uses Akismet to reduce spam. Learn how your comment data is processed.