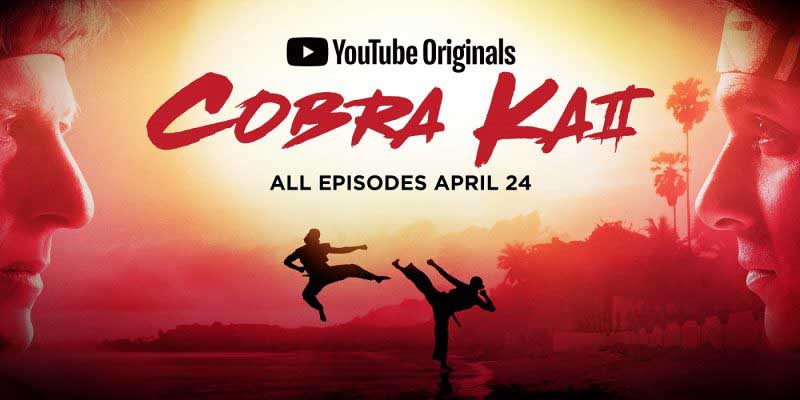 The new Cobra Kai 2 Karate Kid series by Youtube Red is amazing. If you’re an original Karate Kid fan, (the one with Ralph Macchio, not that POS Will Smith made with his son) then you’re going to love this. It’s got flashbacks to the old movies, kick-ass 80’s music and a dope original soundtrack that rivals the mean synth in Stranger Things. Best of all, as long as you’ve got a service such as Vuze, you can watch it for free!

Funny enough, Will Smith is an executive producer on the new Cobra Kai series, but it’s the original actors from the 80’s movie that are the stars. Daniel and Johnny find themselves at odds with each other once again, but in reversal of fortune. Johnny’s down in his luck and his estranged family seems to be growing further away from him. On the other hand Daniel Larusso has done well for himself in the auto industry, and his family is doing better-than-ever. It’s a lot of irony, a bit of comedy, good action, fun and light-hearted.

Rotten Tomatoes gives Cobra Kai a 100% score for a certifiably fresh series that is sure to launch Youtube Red into the mainstream of production studios. Don’t wait. Go binge watch this radical new series and tell all your friends! Banzai Daniel-son!

If you want to watch Cobra Kai for free on Kodi, make sure you use a VPN from IPvanish. VPN’s protect your identity online and prevents your ISP and anyone else from seeing what you do online. Kodi and it’s 3rd-party add-ons have been under attack since the beginning of 2018. Most of the best add-ons for streaming movies and tv have been shut down. Some ISP’s have gone after Kodi users and are hitting them with copyright infringement penalties. Don’t be stupid when you’re getting free content. Protect your identity with a VPN so you don’t have to worry about the law.

Use a good, free torrent downloader like Vuze, and make sure you use your VPN from IPVanish when you’re downloading torrents. Install Vuze to your computer first, then click on the link above to take you to the Cobra Kai page on piratebay. Find the torrent you want to download and click the red magnet icon on the listing you want. Your torrent magnet will download and open up in Vuze. You’ll see your shows start to download. Just remember to try and find a service offering the best VPN for torrenting before completing any downloads!