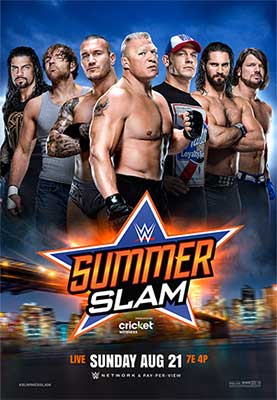 How to Watch WWE SummerSlam 2016 Free With Kodi

Watch WWE SummerSlam 2016 Online and completely free with Kodi on Sunday August 21, 2016. WWE’s Biggest Party of the Summer returns to the East Coast as SummerSlam gets set to take over Barclays Center in Brooklyn, N.Y. Brock Lesnar, fresh off his return to the cage at UFC 200, will headline SummerSlam. Rumors of a Ronda Rousey appearance are swirling and it looks like this SummerSlam could be one of the most explosive in years.

Fresh off a dirty win at UFC 202, Brock Lesnar is putting his positive PED test behind him as he takes on Randy Orton for what is hopefully a smackdown to Lesnar. Other matches sure to get the fans buzzing include John Cena vs. AJ Styles, Roman Reigns vs. Rusev and Finn Balor vs. Seth Rollins

How do I stream WWE SummerSlam 2016 online for free? It’s really quite simple. Follow these basic steps to get yourself all setup.