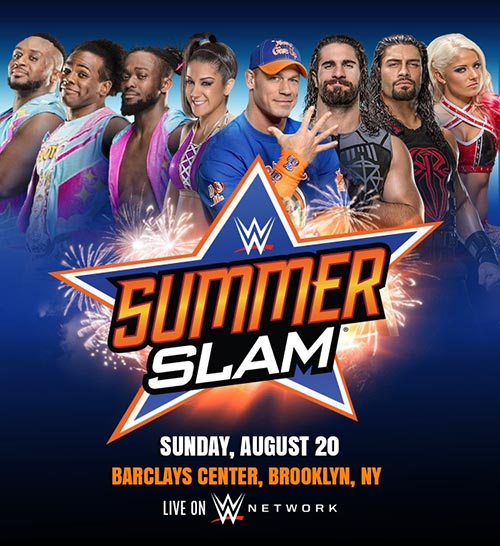 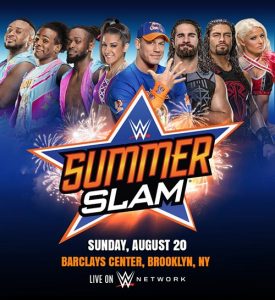 WWE SummerSlam 2017 is one of the biggest events of the pro wrestling world and you can stream it live and free with Kodi, Sportsdevil and Mobdro. The event starts at 7pm/4pm ETPT with the preshow starting an hour earlier. This all goes down in Brooklyn and the rumors are flying as to what we will witness

How Do I Watch WWE SummerSlam 2017 with a Firestick?

Watching WWE SummerSlam 2017 live and free with Mobdro on a Firestick is very easy. The WWE event airs on the WWE Network which requires a paid subscription. You can find lots of streams of the network when you search for WWE with the Mobdro search function.

Once Mobdro is installed you can search for the WWE Network links, or browse by categories. Finding good reliable streams is fairly easy and usually have HD quality video.

To stream WWE SummerSlam, 2017 on Kodi, follow our simple steps to add SportsDevil: Install the new SportsDevil on Kodi

Make sure you’ve got a good VPN to help your buffering issues, gain access to overseas servers, and protect your anonymity online when streaming and downloading with Kodi or torrents. We use and highly recommend IPVanish which is only a few dollars a month and works amazing. Sign-up for a VPN and test to see how great it is.

This main event is looking to be a huge spectacle as rumors of Brock Lesnar leaving WWE to return to the UFC octagon are swirling. Adding to the hype are statements by Paul Heyman who claimed that Lesnar will leave WWE if he loses the title. They feel a loss of the title in a Fatal 4-Way is unfair. Jon Jones would be content with that after calling out Lesnar in his KO win over Daniel Cormier.

WWE Championship
Jinder Mahal vs. Shinsuke Nakamura
Jon Cena was expected to be the one fighting Mahal, but Nakamura beat Cena and became the top contender for the WWE title.

United States Championship
AJ Styles vs. Kevin Owens
The fourth time they will meet with the title on the line in a televised match, Styles and Owens will do so this time with SmackDown commissioner Shane McMahon serving as the special guest referee. This one should finally result in a … somewhat-decisive finish.

Finn Balor vs. Bray Wyatt
This feud finally came to a head Monday on Raw when Wyatt beat Balor and dumped blood on him afterwards. Backstage, Balor teased the return of the Demon King at SummerSlam.

SmackDown Women’s Championship
Naomi vs. Natalya
Natalya won the Fatal 5-Way match at Battleground and will look to win her first championship after being divas champion for two months. This match will be on the kickoff show.

SmackDown Tag Team Championship
The New Day vs. The Usos
New Day won the titles at Battleground, so a rematch makes plenty of sense. There are no other tag teams on the show really deserving of the spotlight anyway.

John Cena vs. Baron Corbin
Corbin attacked Nakamura and Cena came to the aid of the King of Strong Style on SmackDown by putting Corbin through the announce table. Daniel Bryan made the match official on Tuesday.

Cruiserweight Championship
Akira Tozawa vs. Neville
After Tozawa surprisingly beat Neville clean for the title on Raw, the former champion gets his rematch at SummerSlam.

Big Show vs. Big Cass
Enzo Amore will be suspended above the ring in a shark cage. This should be on the kickoff show.